The names of Nacho del Río and Beatriz Bernad will be forever linked, together with that of Miguel Ángel Berna, to the birth of a different, modern, current vision of the Jota Aragonesa. Beatriz and Nacho created a way of singing and living it that freed it from the confinement acquired over decades and opened up new paths, new audiences, new settings, and turned it into an avant-garde artistic genre.

The collaboration of Nacho del Río and Beatriz Bernad produced as the first fruit the excellent show La Jota Ayer y Hoy, directed by the musician Alberto Gambino, with great experience and broad vision in the treatment of popular music from many corners of the world, It has set a trail that others have followed, thus enriching the Jotero universe with new artistic creations and giving the Jota Aragonesa the attention and interest that many estates and social organizations denied it. Proof of this is the creation of the Fonoteca de la Jota, by the Government of Aragon, and directed by Nacho del Río himself.

Beatriz Bernad and Nacho del Río have more than 25 years of joint collaboration in the Jota Aragonesa and now they offer a recital with the title Jotas and Variants, which will take place on June 19, 2021 in Gelsa (Zaragoza), at half past seven in the afternoon, accompanied by the musicians Alberto Gambino, Belén Estage, Nieves Coscuyuela and Sergio Aso. 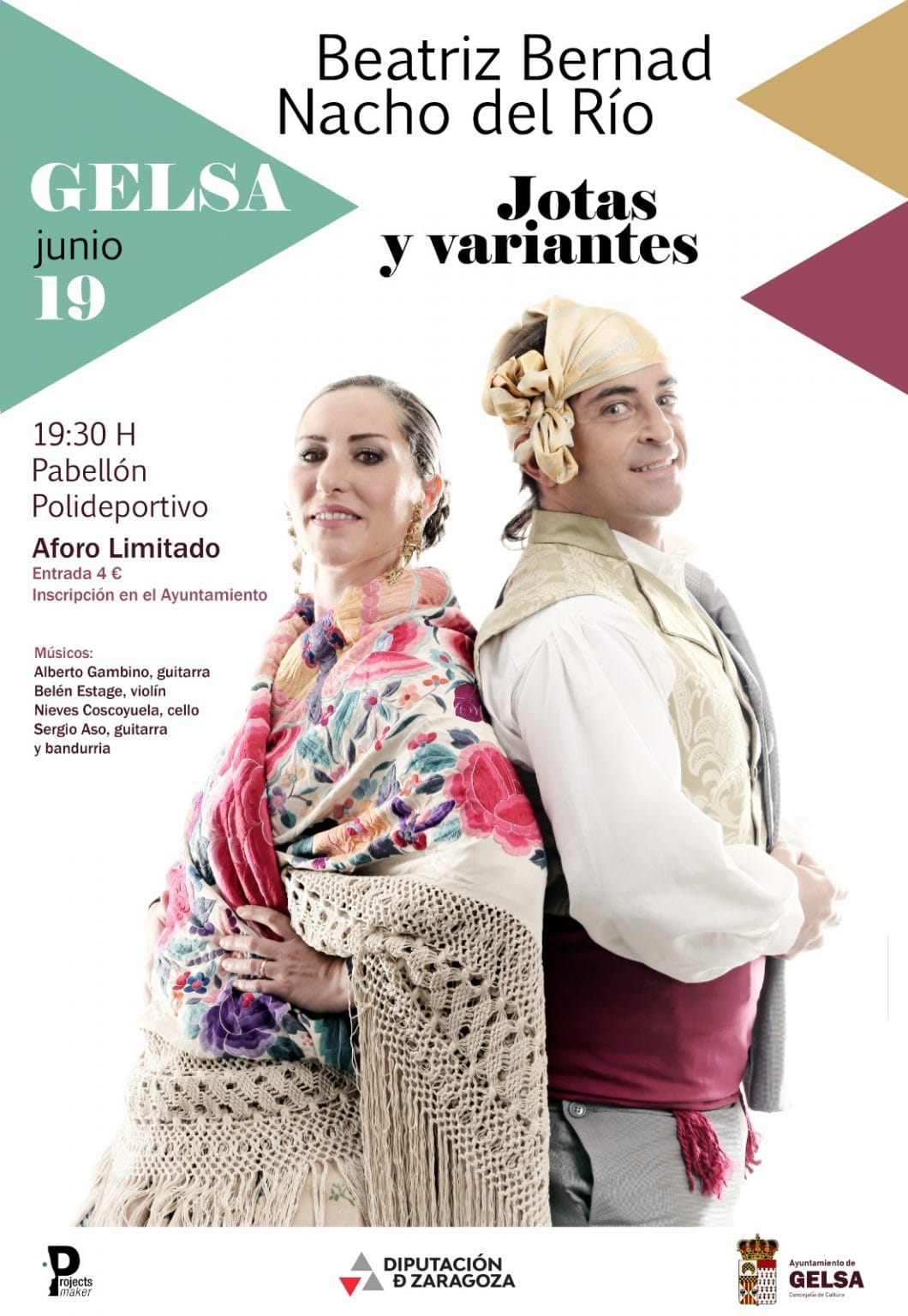