El Mantel de Noa, the duo formed by  Pilar Gonzalvo and Miguel Ángel Fraile, recently released their second album, which under the title Islas errantes offers a new sample of their usual repertoire made up of arrangements of popular melodies from Europe and Mediterranean countries, performed with traditional instruments.

This new album continues along the lines of the previous one, Hilos de aire, with a series of songs, some of them self-composed, whose intimate and delicate interpretation evokes the legend of San Borombón on his journey in search of earthly paradise, visiting prodigious islands populated by extraordinary beings, to whose landscapes we are transported by the sound of the harp and the bagpipes of various timbres that take part in the album, which also has the collaboration of David Marco and a careful and exquisite design by José Prieto, “Flip”. 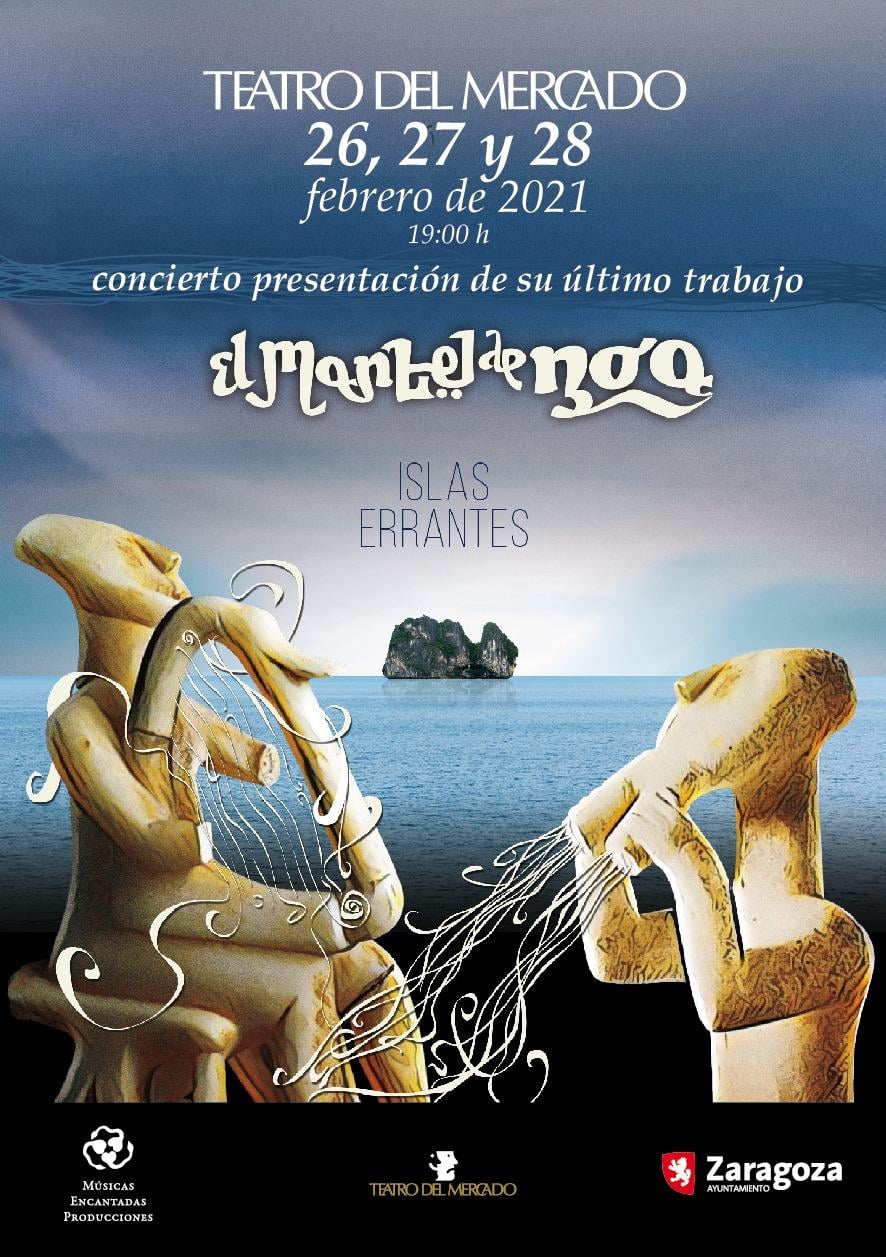