The names of Nacho del Río and Beatriz Bernad will be forever linked, together with that of Miguel Ángel Berna, to the birth of a different, modern, current vision of the Jota Aragonesa. Beatriz and Nacho created a way of singing and living it that freed it from the confinement acquired over decades and opened up new paths, new audiences, new settings, and turned it into an avant-garde artistic genre.

The collaboration of Nacho del Río and Beatriz Bernad produced as the first fruit the excellent show La Jota Ayer y Hoy, directed by the musician Alberto Gambino, with great experience and broad vision in the treatment of popular music from many corners of the world, It has set a trail that others have followed, thus enriching the Jotero universe with new artistic creations and giving the Jota Aragonesa the attention and interest that many estates and social organizations denied it. Proof of this is the creation of the Fonoteca de la Jota, by the Government of Aragon, and directed by Nacho del Río himself.

Beatriz Bernad and Nacho del Río celebrate their 25 years of their first joint collaboration singing Jota Aragonesa with a recital that they will offer on December 29, 2020, at seven in the afternoon, at the Huesca Conference Center, accompanied by the voice of Javier Badules and the musicians Sergio Aso, Juanjo Almarza, Adoración Sánchez, Pedro Beltrán, Jorge Ariza and Víctor Martín, and the dancers Pablo Pérez Alonso and María Pérez Alonso, under the musical direction of Alberto Gambino. 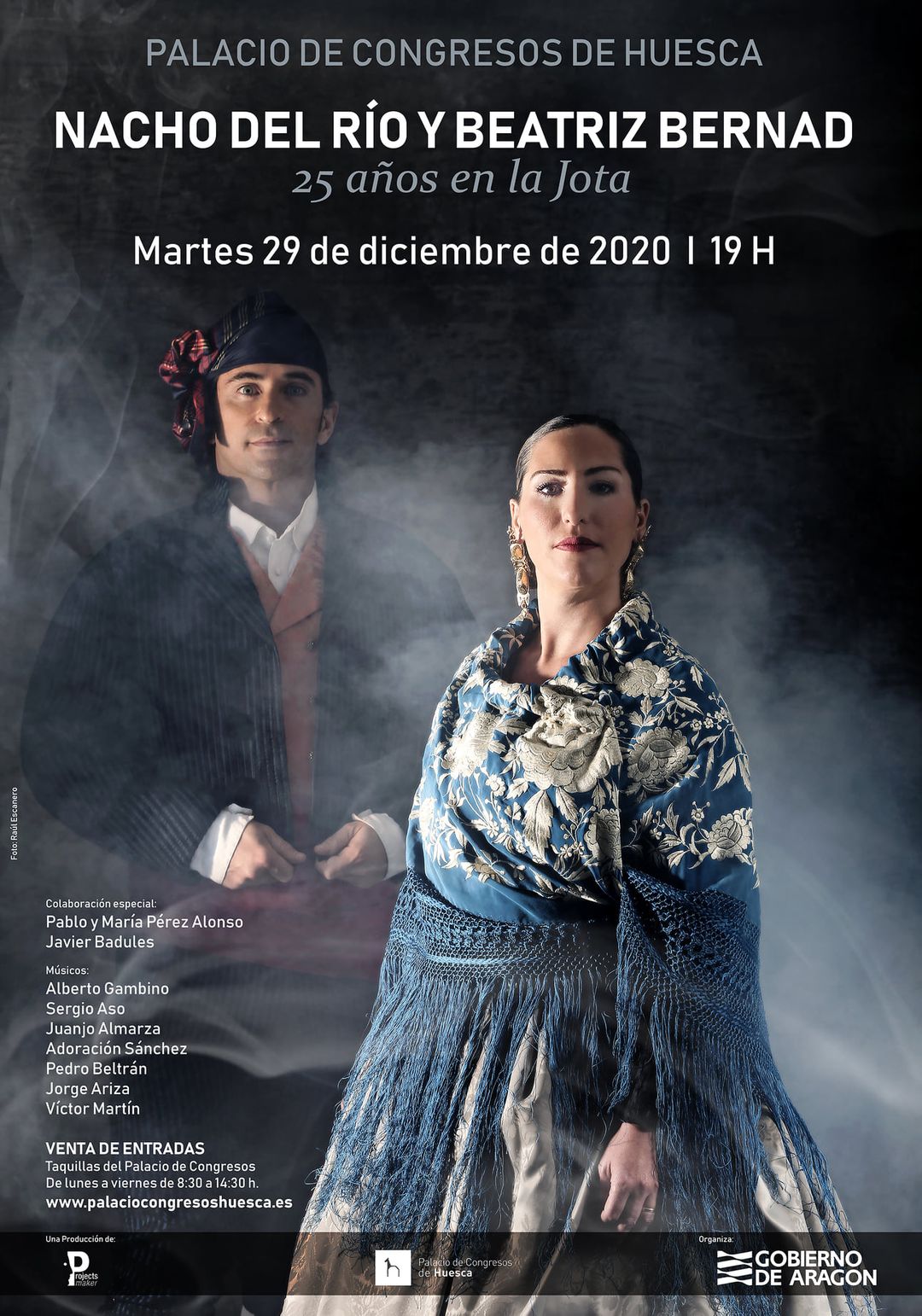