On March 5, the city of Zaragoza celebrates the heroic behavior of the Zaragozans during the First Carlist War.

The civil war between 1833 and 1840 between the absolutists, supporters of the infant Carlos María Isidro de Borbón, known as the carlists, and the supporters of Isabel II, supporters of a liberal regime, led to the troops of Juan Cabañero, a natural Carlist military of Urrea de Gaén, in an attempt to seize the city of Zaragoza, under the command of two thousand eight hundred infants and three hundred men of cavalry, on March 5, 1838. The Zaragoza residents avoided the capture of the city by joining their forces to the army.

Following this Carlist defeat, the title of “Always Heroic” was added to the shield of the city and the name of Cinco de Marzo was given to a street of the city. After the end of the war, the town hall declared a holiday on March 5 and the Zaragoza acquired the habit of celebrating that date every year going out to the grove of Macanaz to eat and spend the day. This was the origin of the current party, known as Cincomarzada.

The party was suppressed in 1937, during the civil war initiated by the participants in the coup d’état one year earlier, and due to the military dictatorship in which the revolt ended, the celebration was not recovered until 1981, after the return of democracy to Spain.

The Zaragozans usually celebrate on that day a picnic enlivened with traditional music, concerts, parades and street markets. In this year 2020, as usual, the Parque del Tío Jorge will receive the usual neighborhood demands with the March of the neighborhoods, a parade that will depart at 11:30 am from the Plaza del Pilar and, encouraged by the Pipers of the Rabal and Bucardo Folk, will tour the Echegaray y Caballero Avenue, the Stone Bridge, Sixto Celorrio Street, San Gregorio Square and Parque del Tío Jorge along the Central Promenade to the stage located in the basketball court area. 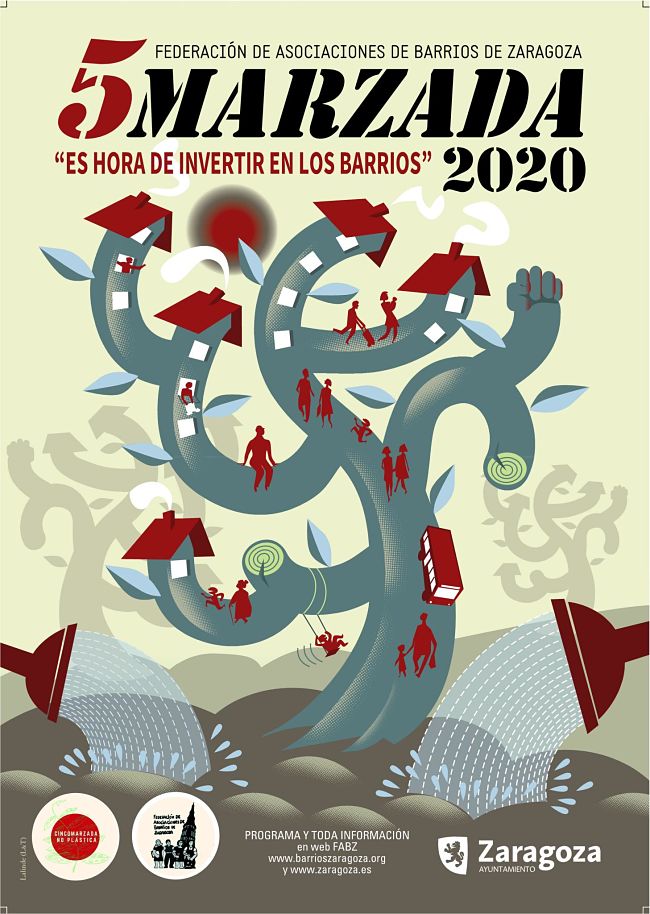