The X charity cancer gala in Rueda de Jalón will gather, on November 16, 2019, numerous leisure activities aimed at raising funds for the benefit of the Spanish Association Against Cancer (AECC). From eight o’clock in the morning until early in the morning there will be events, exhibitions, shows and musical performances, among which we highlight especially that of the school of jota Estilos d’Épila, at 11:15 hours, which will be followed by a recital by Nacho del Río and Beatriz Bernad. Later, at 4:00 pm, there will be a concert in which the Boto Aragonese Bagpipes Band will participate along with the Calatorao Music Band. 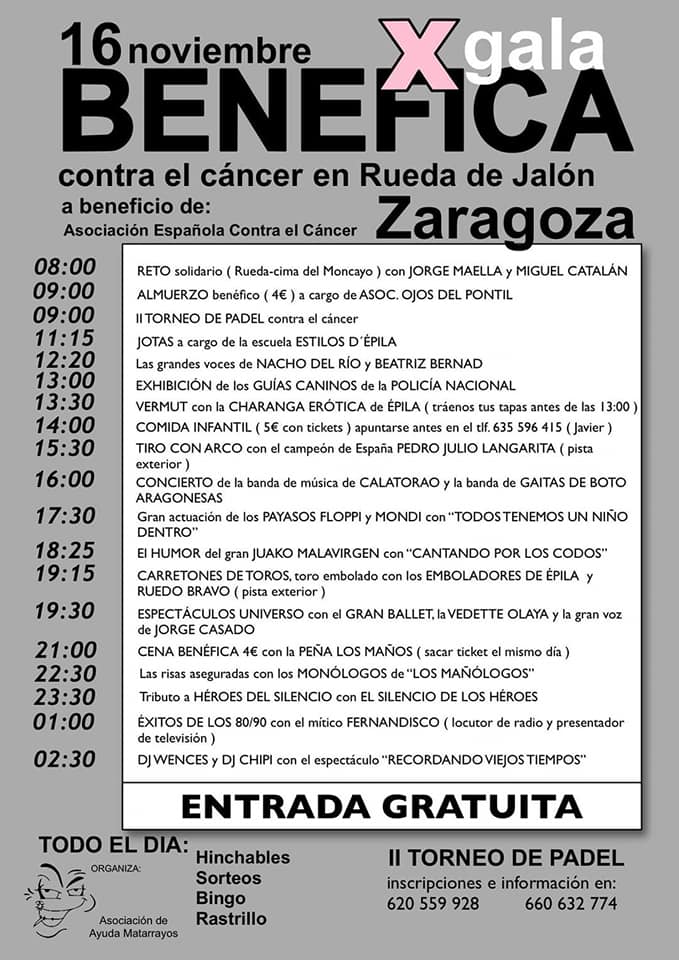