The folk-metal band Lurte will participate on September 28, 2019 at the Iberian Warriors Metal Fest with its repertoire of bastard folk and its Almogávar stage design.

Lurte‘s music, performed with traditional Aragonese bagpipes and forceful percussions, recalls the deeds of the warriors who contributed to extending the dominions of the kings of Aragon during the Middle Ages. Characterized as those mercenaries interpret musical themes recounting the heroic deeds in which they were involved or evoking their longed for homeland.

The result, both musical and scenographically, is superior. 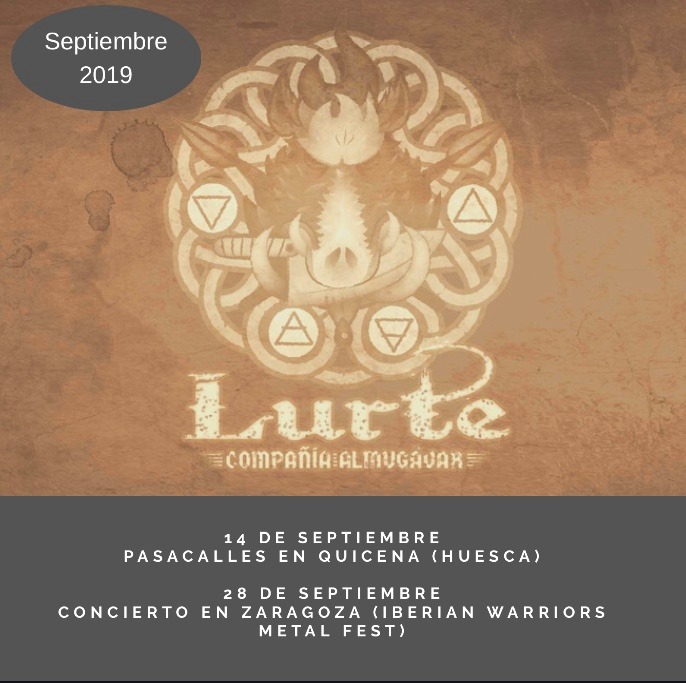