After the success of its first call, this summer returns the Festival Folklore Alive, an appointment whose purpose is, through musical folklore, to call attention to the problems of emptied Spain and the need to encourage the development of areas at risk imminent depopulation through policies that curb the rural exodus.

The Festival will be held in the towns of Utrillas and Las Parras de San Martín, between August 13 and 17, 2019, and will include the well-known Aragonese groups Cierzos de Aragón, Vegetal Jam, Gaiteros de Leciñena, Zicután y la Cofradía de Utrillas, besides Zascandil Folk, from Cuenca, and the duo Dos Folk from Madrid. 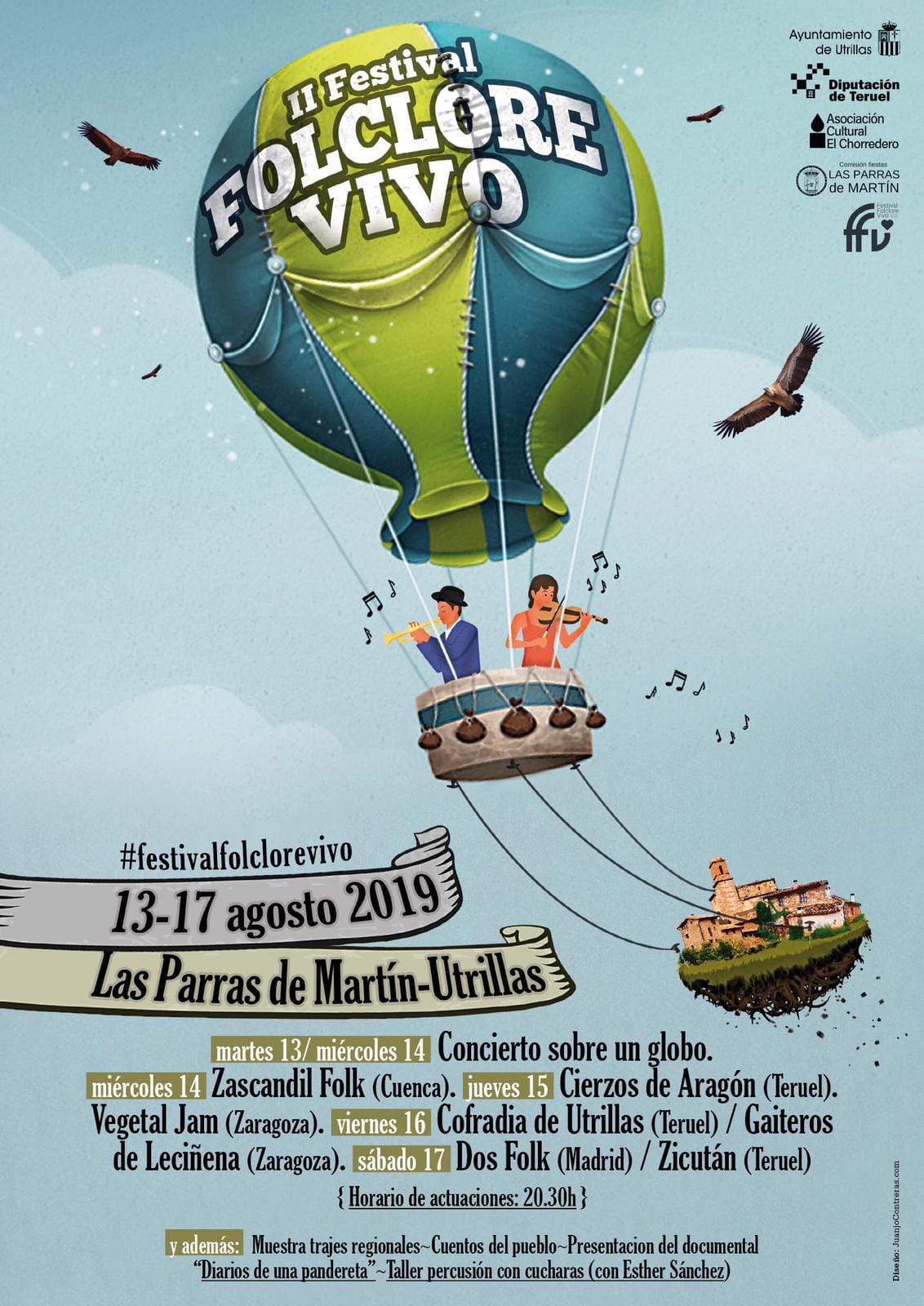