During the 21st, 22nd and 23rd of June the twenty-first edition of the Poborina Folk festival will be held in El Pobo (Teruel). This festival is the annual appointment with which this population welcomes the season of the heat and starry nights. Folk groups from around the world, artists, shows, workshops, traditional songs and music to set a different night in San Juan. Attention to this year’s stars! 😉 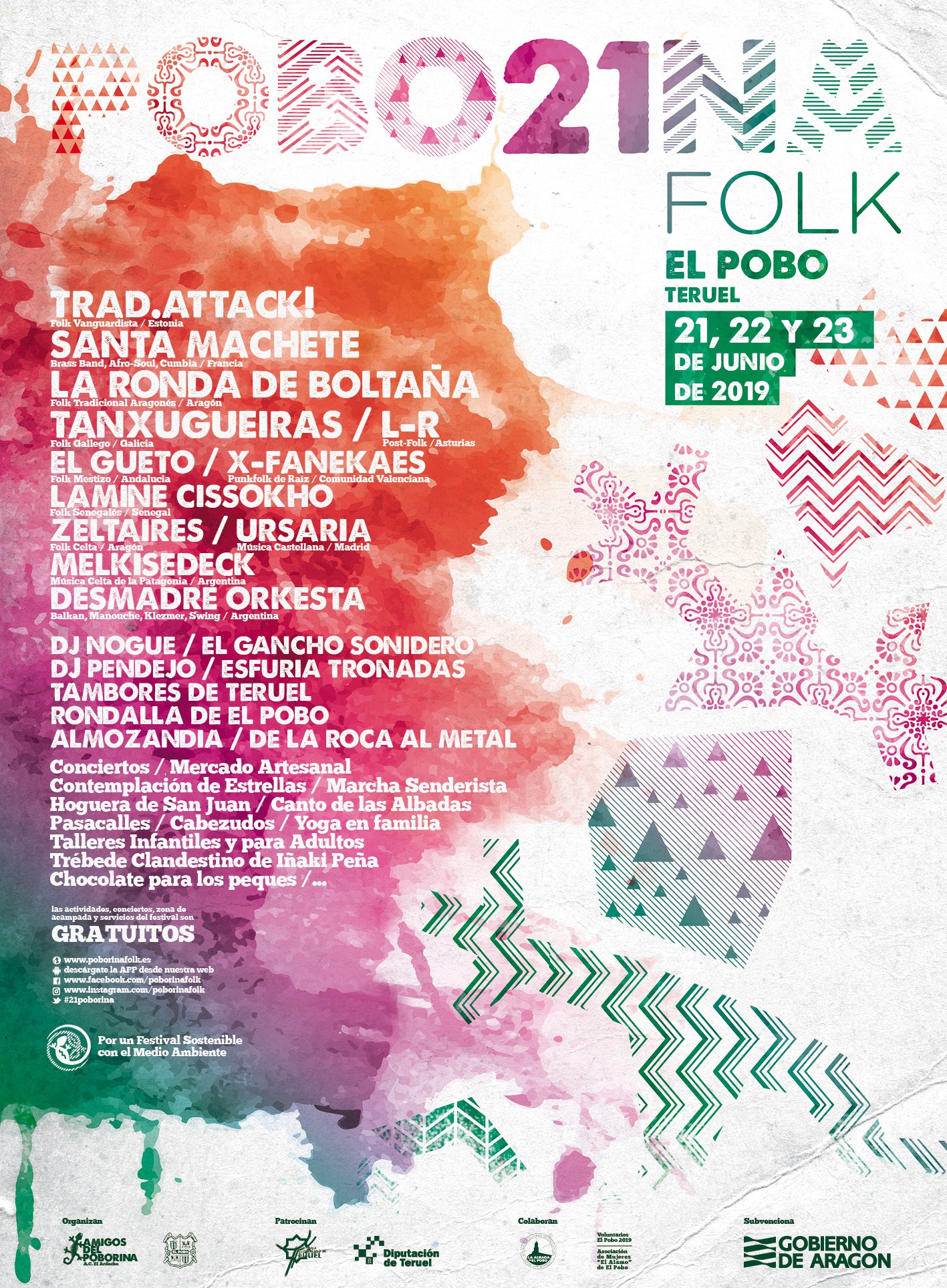