The season De la Raíz, organized by AREA, Aragonesa de Representaciones Artísticas, is back to Zaragoza. A cycle that brings to the stages of the Delicias Civic Center some of the current representatives of the radical folk, or the germinal music of the diverse collectives that enrich our culture.

This 2020 the festival includes a tribute to José Luis Cortés, Panoja, creator of the cycle, who died recently. The roster of performers is made up of artists and groups Vegetal Jam, Javier and Mario Mas, Rodrigo Cuevas, Tropic of Covadonga, Leyla McCalla, Rafael Jiménez Falo, Beñat Achiary, Miquel Gil, Elem and La bien querida.

For the second consecutive year, the conference includes a film series at the Filmoteca de Zaragoza, in which several documentaries on ethnomusical themes will be screened. 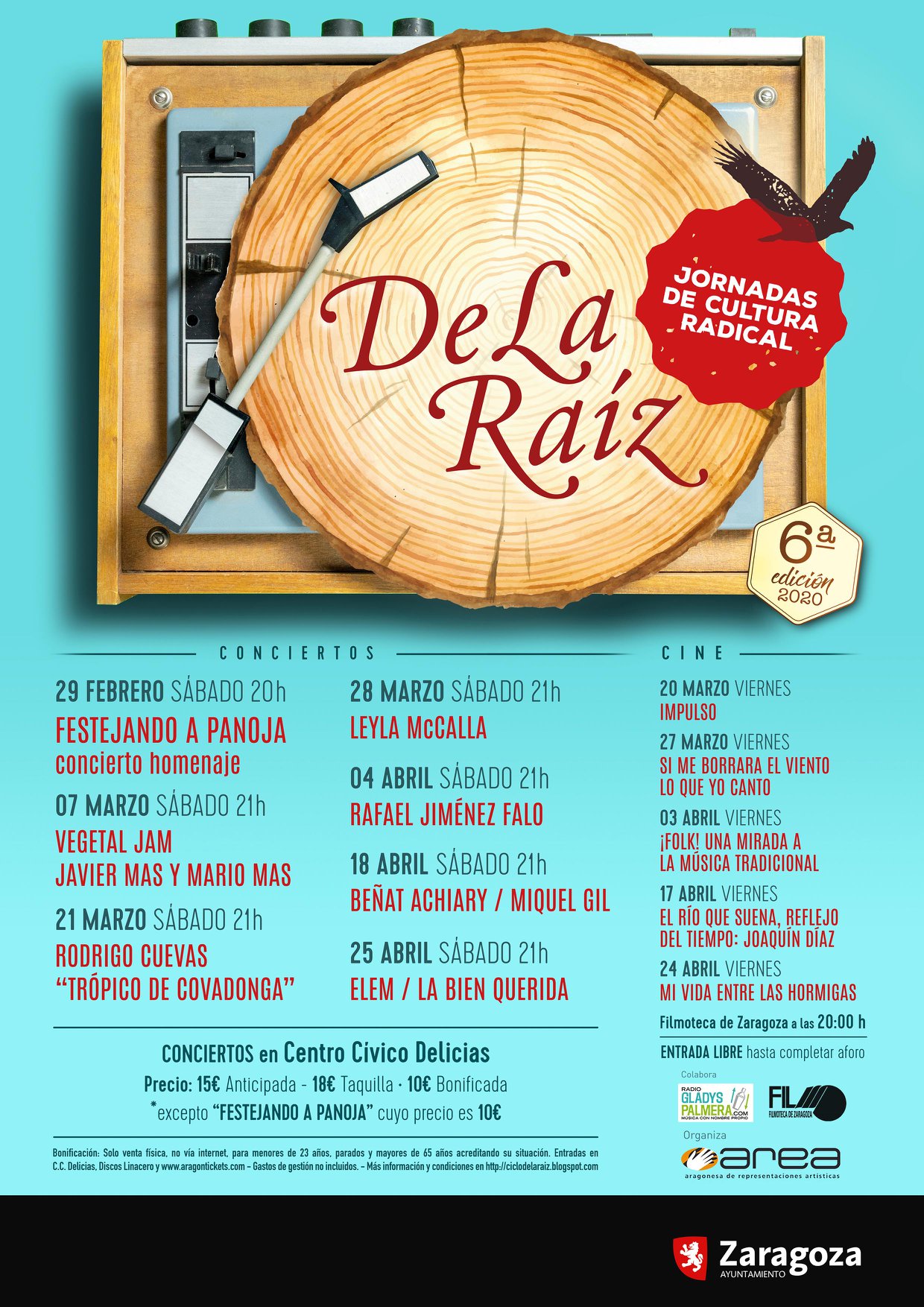