The band Os Chotos will present the album Cadenzias, with musical poems by Ánchel Conte, at the Festival Tradicionàrius de Folk Internacional 2020, the most emblematic folk music festival in Catalonia, together with figures such as Kepa Aurrera, RIU, Quico el Célio, el Noi i el Mut de Ferreries or El Pont d’Arcalís.

The album-book Cadenzias is a tribute to the poetry of Ánchel Conte, the main architect of the revitalization of Aragonese through his poetry and the studies on this language promoted by him.

Many of his poems have already been played by Aragonese artists of different genres, but on this occasion this work is presented, Cadenzias, in which Os Chotos play music to an extensive collection of his works. 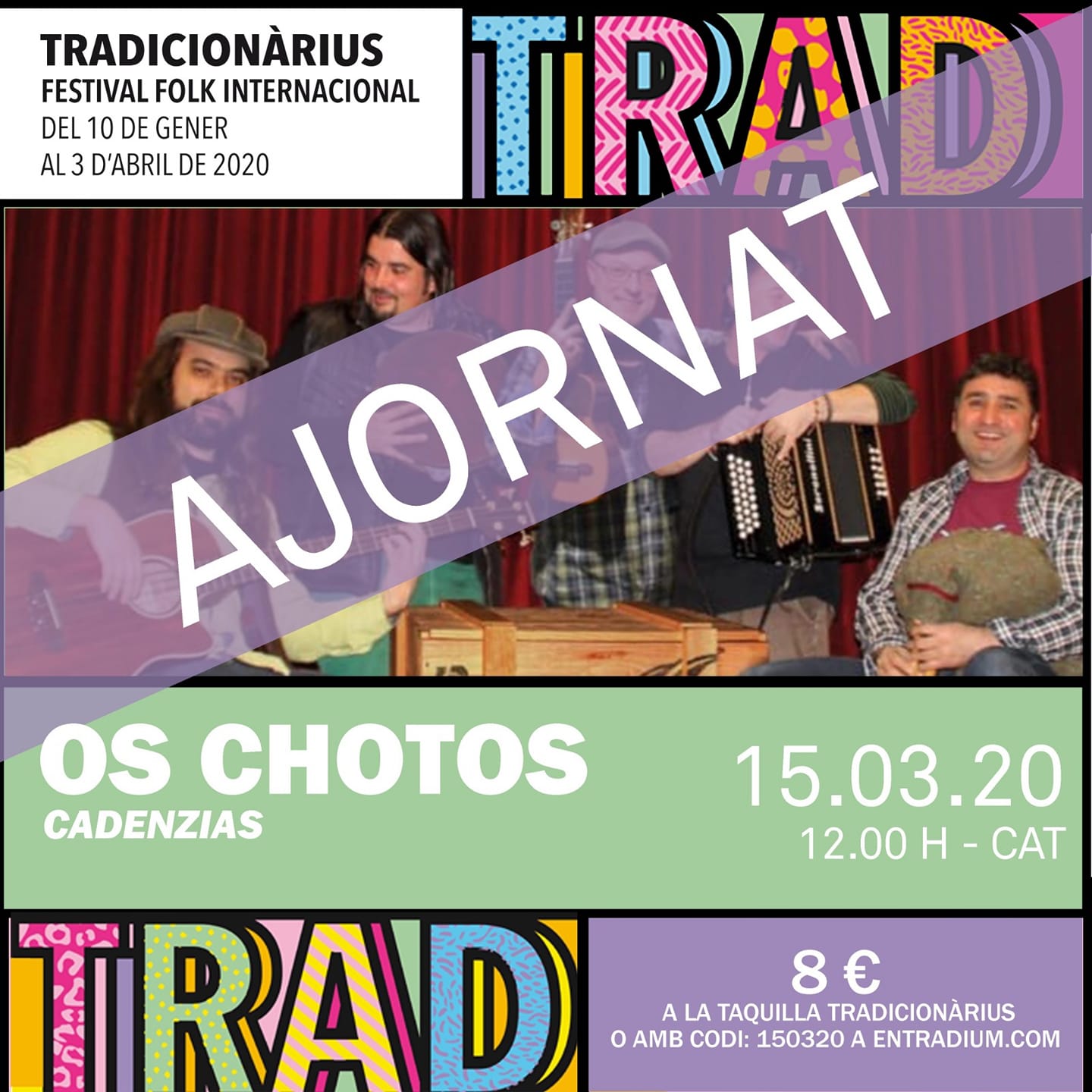