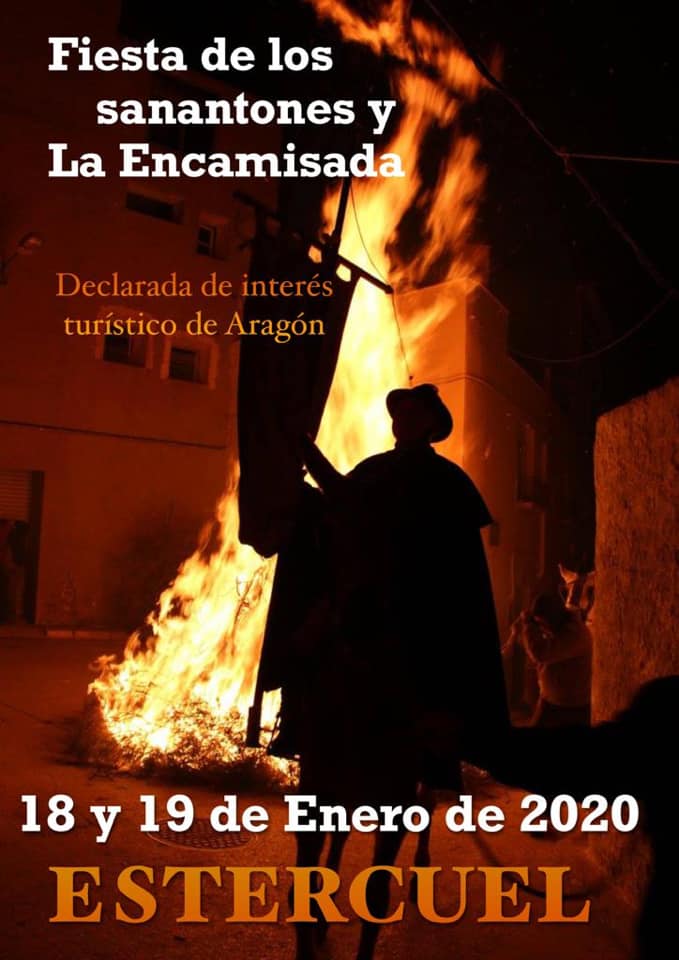 In Estercuel (Teruel) the festivity of San Antón is commemorated, on January 17, with the celebration of La Encamisada.

The celebration takes place during the weekend closest to San Antón, which this year will be on January 18 and 19, 2020.

It is a ride or procession that symbolizes the gratitude of the neighbors to San Antón for having rid them of the plague.

The procesión, headed by a Procurador (Court Agent), the Rey (King), the Conde (Count) and the members of the municipal corporation, and is followed by the neighbors, who pass between impressive bonfires that they have previously lit. Then the neighbors have dinner and fun around those same fires.

The party consists of several other acts: the llega (arrival), the mass, the dance of the reinao and the dance of the coronas, which symbolizes the transfer of powers between incoming and outgoing charges. These melodies are interpreted by the group Gaiteros de Estercuel.