The Riojan town of Villamediana de Iregua celebrates its Third Serenade Meeting on Saturday, November 23, 2019. Crews of participating rounds will tour the streets starting at 12 noon, performing a joint concert at eight in the afternoon.

In this year’s meeting one of the participants will be the band Astí queda Ixo!, one of the few traditional round crews left in Aragon. With them will be the Ronda del Emboque (of Arnedo), Voices of the Ebro (of Rioja and Navarra) and the local band Ronda Villamediana. 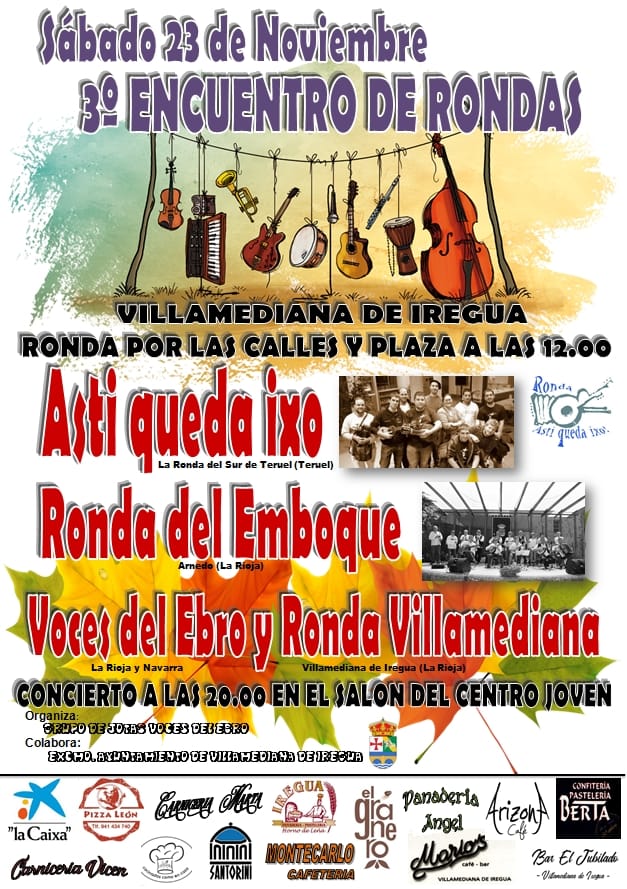