The Association of Giants La Almozara organizes the VI exhibition of giants and big heads of Aragón, with a sample of some of these popular characters, belonging to several of the many existing groups in the Aragonese villages.

The exhibition also offers the presentation of new members of the giant community, a show, videos and a final concert with the grup Enzendallo.

The exhibition takes place on October 26 and 27, 2019 at the La Almozara Civic Center in Zaragoza. 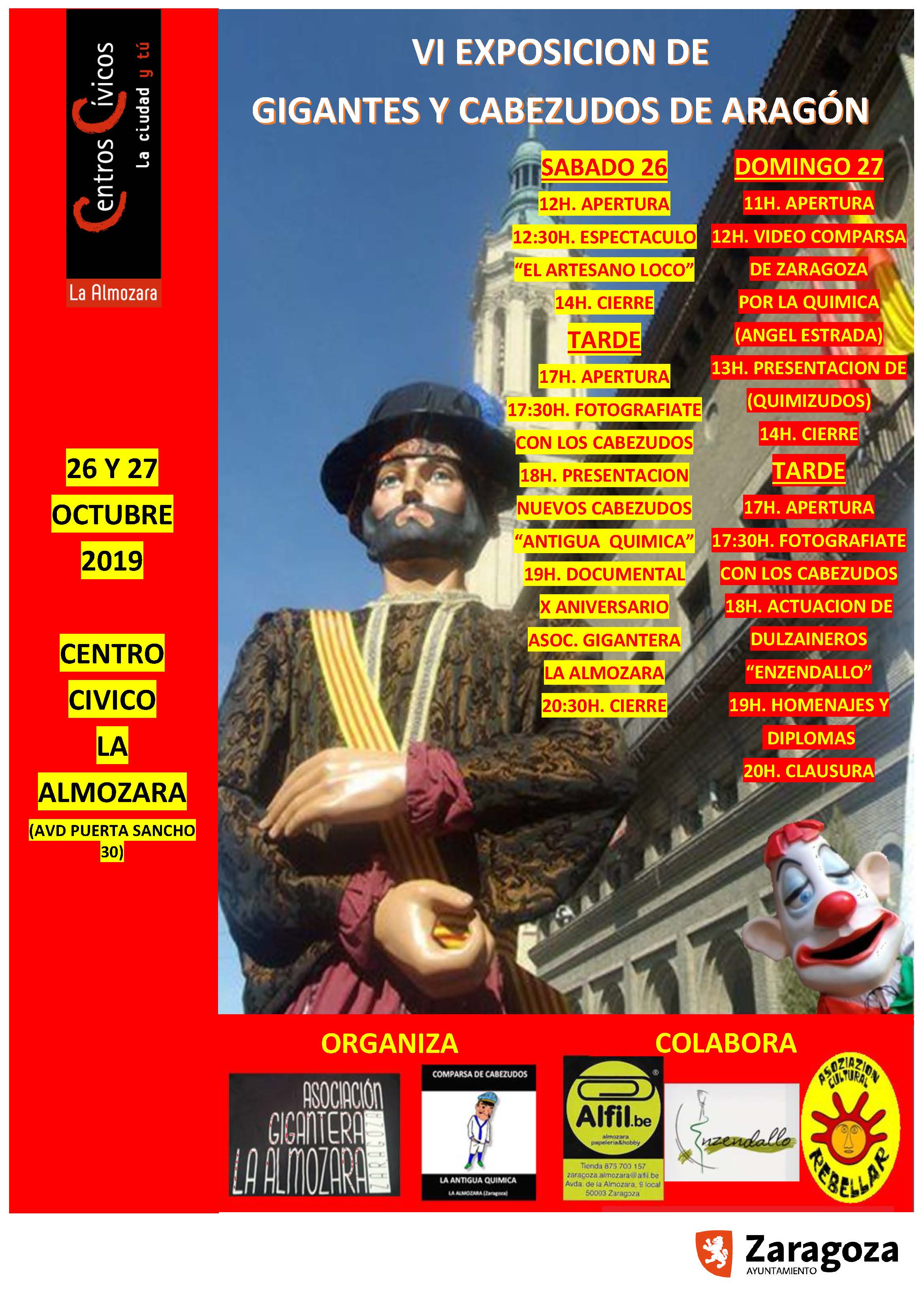 Television report of the IV exhibition of giants and big heads of Aragon, which took place in October 2017.