The festival Música y palabra. Grutas de Cristal has been developing in the town of Molinos since 2002, promoting the realization of quality classical music concerts but also opening to different musical styles or groups, including folk, Celtic, flamenco or jazz music.

The stages of this festival are the incomparable Crystal Grottoes of Molinos, the Botanical Garden of the Calatravo Castle, the Plaza Mayor or the Church of La Merced.

On this occasion the cycle hosts the Agrupación de Pulso y Púa Amantista, belonging to the Los Amantes Cultural Association, which will perform on September 28, 2019, and the duo El Mantel de Noa, duo formed by  Pilar Gonzalvo and Miguel Ángel Fraile whose Repertoire consists of arrangements of traditional melodies from Europe and the Mediterranean countries, on September 21, 2019. 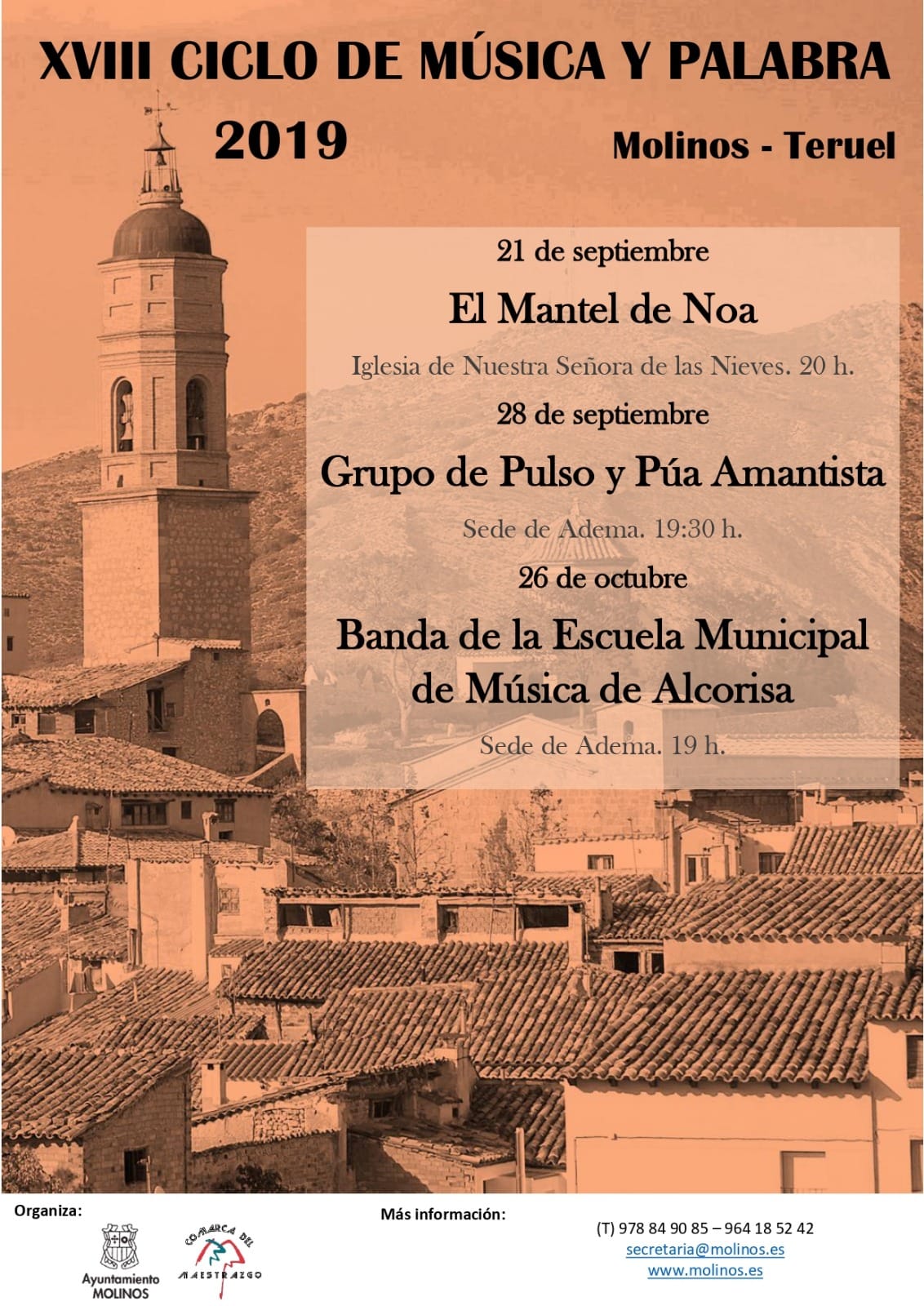