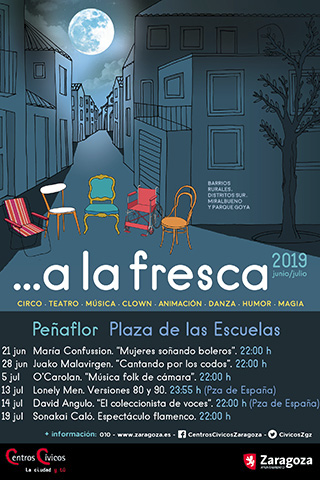 Within the cycle …a la fresca, which is usually organized by the City of Zaragoza, Aragonese folk is represented this summer 2019 by the group O’Carolan, which is about to release its fifth album, Caleidoscopio, with the collaboration of the Concuerda Quartet and with the same musical perspective with which faced its previous work, Nota de paso, an insight into the traditional music of Aragon with the Celtic optics that impregnated its previous trajectory.