San Martín del Río, in the province of Teruel, preserves even today the tradition of the serenade. A tradition documented for at least 160 years and in which, during the three days prior to the festivities, the day of Santiago, is rounded by the people performing the same songs that have been around since then.

This year 2019, the Ronda de San Martín del Río celebrates its big day on July 20. The serenade will begin at 8:00 pm, and will be preceded by a dance and paloteao show that will start at 7:00 pm at the Square of the Council. 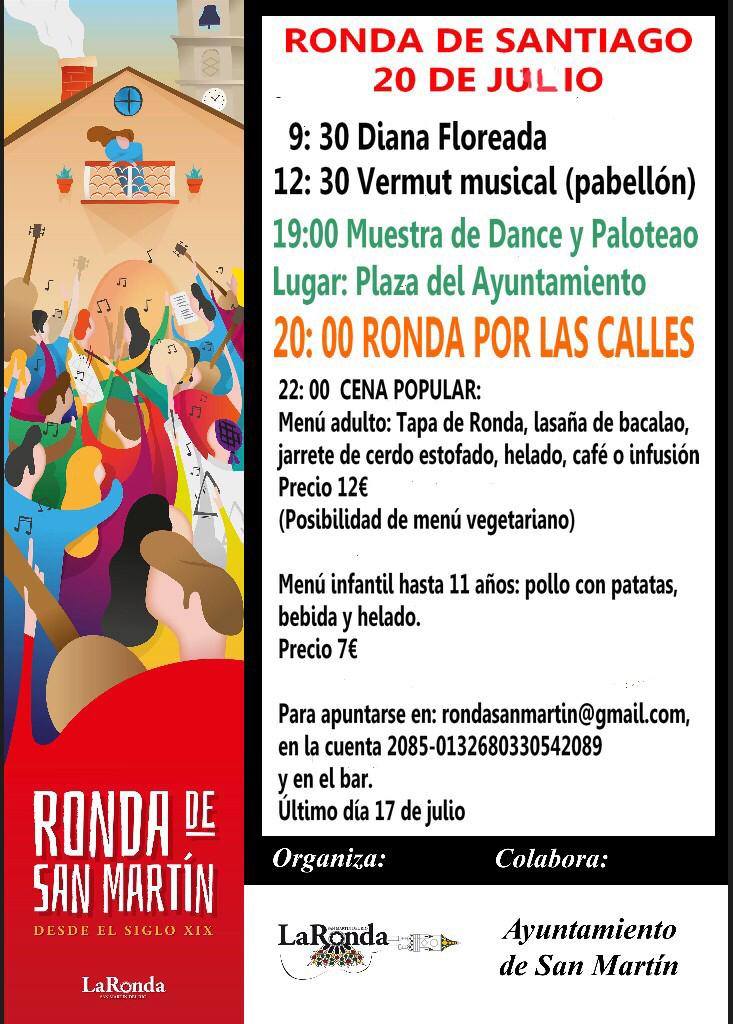 Listen here to the interview Óscar Vegas and I did in 2010 to the organizers of the Ronda de San Martín del Río: