Calatayud will host a concert of La Ronda de Boltaña for next May 31st, which will perform at the Plaza de España at 9:00 pm, preceded by the local folk group Os Fillos d’o Sobrarbe, starting at 8:00 pm.

Previously, at 6:30 p.m., the short film Mermelada de Moras, directed by Jorge Andolz and based on the theme of the same title of La Ronda de Boltaña, will be screened.

A new opportunity to listen to this group and its repertoire of popular music with the most traditional air and the closest and current themes of Aragon and the Pyrenees. 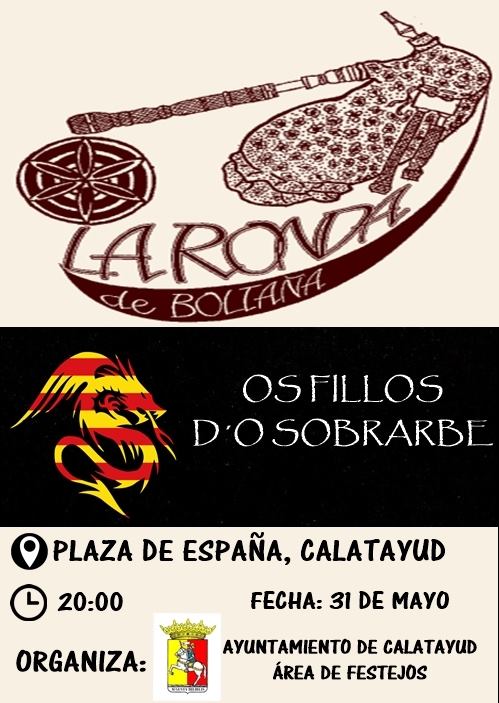