His fourth album, Nota de paso, was a look at the traditional music of Aragon with the Celtic optics that permeated his previous works. At present, O’Carolan prepares a fifth work, Caleidoscopio, with this same musical perspective and with the collaboration of the Cuarteto Concuerda.

On the occasion of the 8th anniversary of El Corazón Verde, terrace-bar in Zaragoza, O’Carolan will offer a concert in the It will show some themes of this new work. The concert will take place on May 25, 2019, at 9:30 p.m. 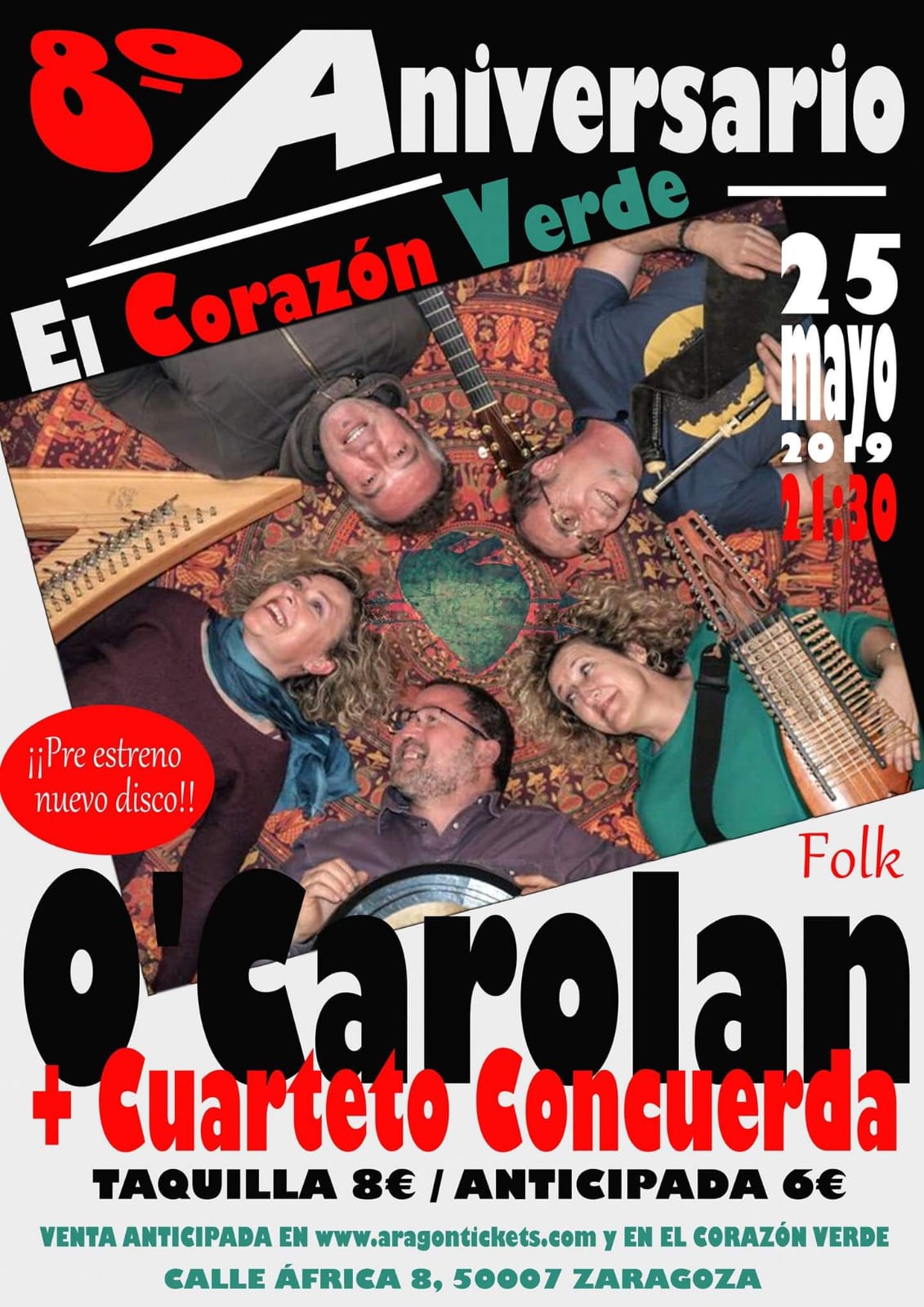