Zaragoza celebrates its Carnival between February 25 and March 3, 2019, with a series of festive events among which traditional music will not be missing:

FRIDAY 1: at 7 pm, parade of Aragonese Carnival, which will go through the streets of the old town of Zaragoza from the Balcón de San Lázaro to the Plaza San Felipe. Organized by Laqtspera, the Municipal School of Music and Dance of Zaragoza and Gaiteros del Rabal.

SUNDAY 3: within the celebration of the Children’s Carnival, and at the end of the parade that will depart at 12 noon Alfonso I Street, a series of entertainment activities is scheduled in the Plaza del Pilar, in which will participate among others Titiriteros de Binéfar, and then a parade of the Comparsa de Gigantes y Cabezudos de Zaragoza,who will wear the prescriptive carnival masks. 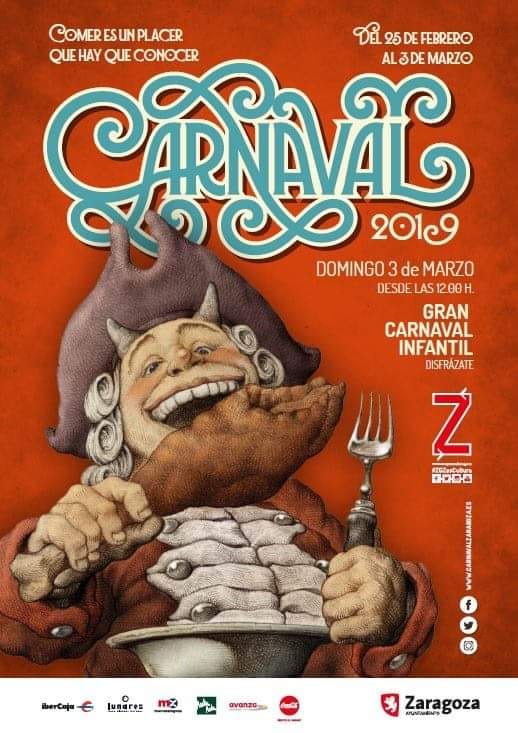