From February 14 to 17, 2019 a new edition of The Marriage of Isabel de Segura. The party, set in the Teruel de Los Amantes, recreates its history and brings together many visitors who want to feel transported to the streets of the Medieval Teruel and attend the performances of the events narrated in the legend of Don Diego and Doña Isabel.

Clothing, gastronomy, markets, trades, traditional games, music, shows and recreations of gardens and camps contribute to create the medieval atmosphere that permeates the streets of the city for a few days.

This year, the animation based on medieval dances is again in charge of the dance groups Manfredina from Teruel, Octava Milla from Utebo and Medieval Manzanares from Madrid, with the Musicians Alarifes de San Martín. Do not forget the final show, Los Latidos de los Amantes, with drums and bass drums.

And as usual, could not miss Lurte, heralds from the Balcony of the City, Friday 15 at 13 hours. 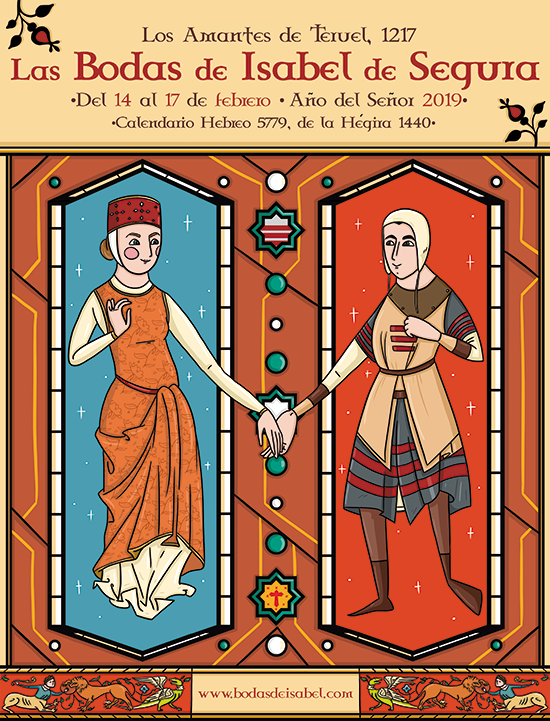