The jota singer Nacho del Río offers a jot recital at the Ateneo d­e Madrid,within the Manuel de Falla concert series that this prestigious institution has been organizing since 2015 together with the Casa de Granada in Madrid and the Sala Cero Teatro in Seville.

The Manuel de Falla concert series was born as a tribute to the Falla’s work El Amor Brujo, on the centenary of its premiere in Madrid. Its original format, alternating flamenco recitals and chamber music concerts, has been extended to other popular roots music, this time with the exceptional Nacho del Río, five times Extraordinary Award of the Official Jota Competition of the City of Zaragoza , who will be accompanied by the singer Ángela Aured, Extraordinary Award of the same Contest in 2010, and a Rondalla Aragonesa conducted by the Master Javier Badules.

Nacho del Río stands out, in addition to his thorough interpretative style, for his work as a scholar and popularizer of the most classic styles, which gave birth to the current Aragonese jota towards the end of the 19th century. He is director of the recently created Fonoteca de la Jota, dependent on the Government of Aragon. 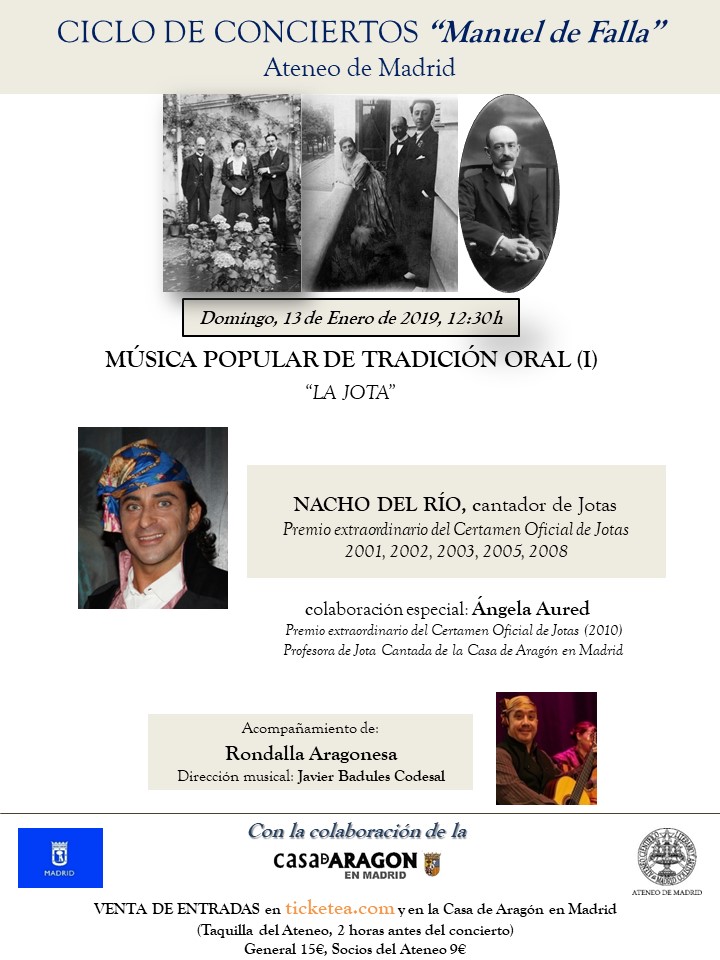