The bagpiper Carlos Núñez  visits Aragón during the tour that he is carrying out in Spain during December 2018. He will be on the 26th at the Teatro Marín in Teruel, at 8:30 p.m.; at the Teatro de las Esquinas in Zaragoza, on the 28th at 8 p.m., and at the Teatro Olimpia in Huesca on the 29th at 8:30 p.m.

Carlos Núñez, music interpreter of Celtic tradition with traditional bagpipes and flutes, has just published the book La Hermandad de los Celtas, in which he analyzes the relationship of this genre with its cultural, historical and artistic environment, deepening the influence of its legacy in multiple disciplines and describing its status at the beginning of the 21st century. 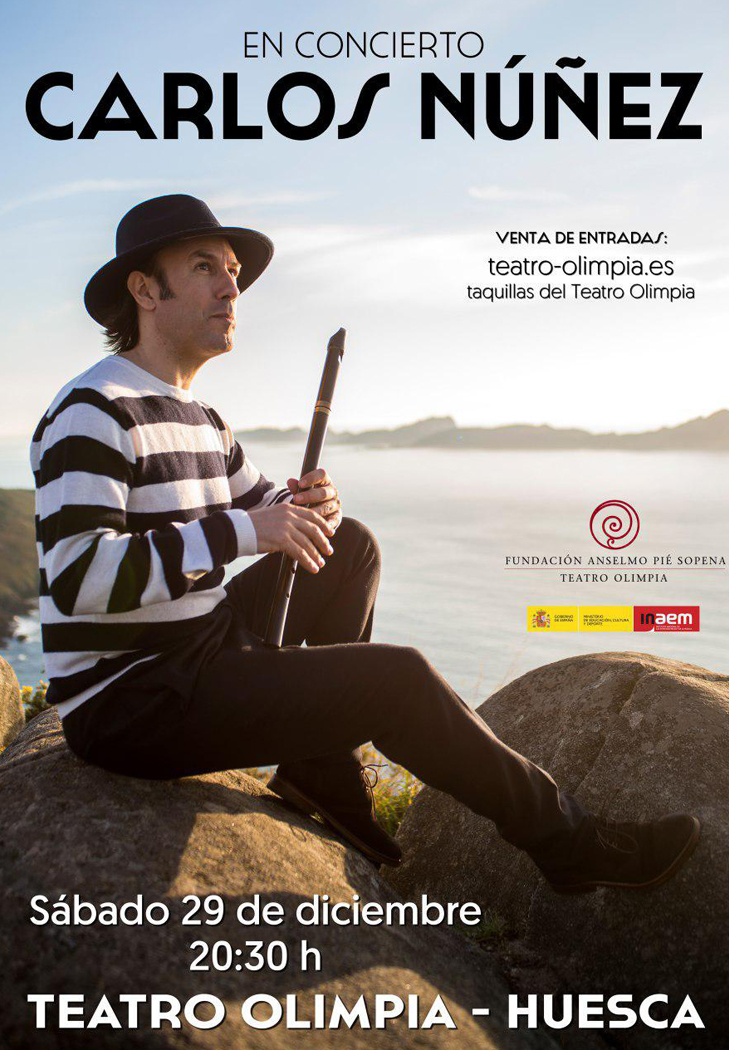