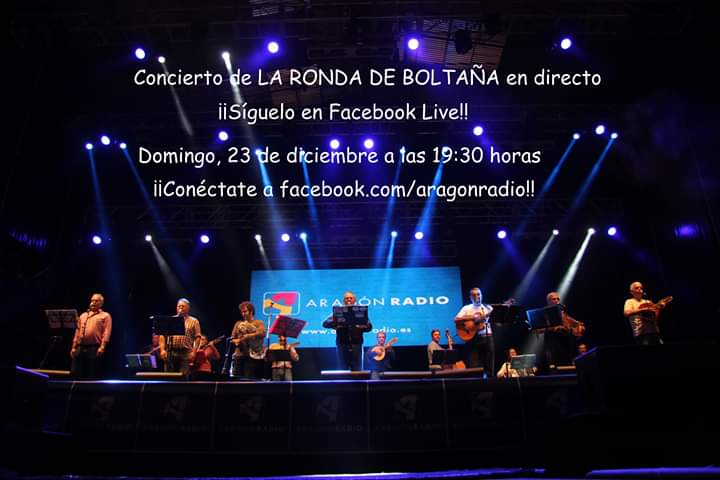 The wheather did not allow the apotheosic end of parties planned for the pilares 2018, the festivities of the city of Zaragoza, where the appearance of La Ronda de Boltaña was scheduled. The group, with its repertoire of popular music with traditional airs, singing to the topics closest to the current situation of Aragon and the Pyrenees, was expected to close the festivities in a concert, promoted by Aragón Radio, in which they would end up singing, along with the attending public, the theme Somos by José Antonio Labordeta.

Zaragoza City Council has rescheduled this concert, which will take place on December 23, 2018, at 7:30 pm, in Plaza del Pilar.