Both albums were edited by the Nogará-Religada Association and will be presented at a concert that will be offered at seven thirty in the afternoon by Krevi Solenco and Gaire, two of the participants in this project.

The concert will take place at 7:30 p.m. on December 19, 2018 at the Almozara Civic Center in Zaragoza, and will benefit Caritas La Almozara. 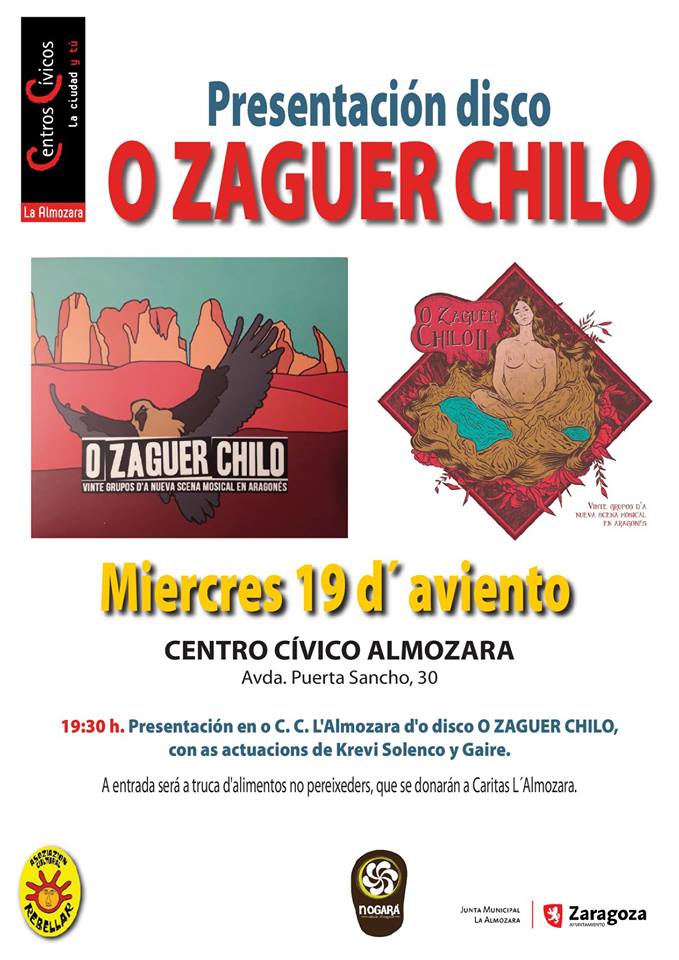